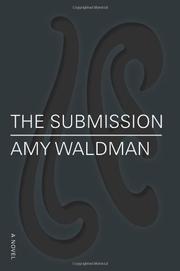 The selection of a Muslim architect for a 9/11 memorial stirs a media circus in Waldman’s poised and commanding debut novel.

The jury assembled to select a design for a memorial in Manhattan represented every important interest group: a 9/11 widow, an art critic, a governor’s representative and other major stakeholders. They considered blind submissions before arriving at a garden-themed design. The one contingency they didn’t plan for was that the winner would be a Muslim, Mohammad Khan. Though he’s not especially religious and his bona fides as an architect are impeccable, Khan still becomes a target for anti-Islam firebrands, and even his defenders are left wringing their hands. Waldman skillfully presents the perspectives of a handful of major characters, including Claire, a 9/11 widow; Sean, a pugnacious victims’ activist who lost his brother in the attacks; and Mohammad, who vacillates between gloomy isolation and outspoken defiance at attempts to reject or tweak his design. Waldman shrewdly, subtly reveals the class and race divisions that spark arguments about who “owns” the design; it’s no accident that wealthy Claire played a leading role on the jury while Asma, a working-class Bangladeshi woman who lost her husband in the attacks as well, is all but unheard. Waldman, a former New York Times reporter, discusses 9/11 victims, memorial gardens and Muslim-American life, but her keenest observations are of the media. She has a canny understanding of how a New York Post front page can stoke right-wing rage, or how a New York Times article can muddy the waters. There’s a slight cartoonishness to her characterizations of cub reporters and radio hosts, but overall this is a remarkably assured portrait of how a populace grows maddened and confused when ideology trumps empathy.

A stellar debut. Waldman’s book reflects a much-needed understanding of American paranoia in the post-9/11 world.