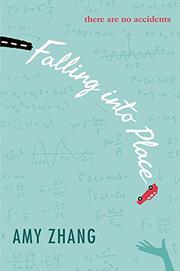 A teen tries to commit suicide by crashing her car in this debut from an adolescent author.

High school junior Liz Emerson hovers between life and death in the hospital after purposefully running her car off the road, while friends, teachers and curious classmates gather to stand watch and hope for the best. Strategically timed flashbacks to weeks, days and minutes before the crash, some voiced by Liz’s platitude-spouting childhood imaginary friend, reveal a wealthy, popular girl tortured by regret over her cruel actions against others. Her father died when she was young, and her widowed mother ignores Liz in favor of her globe-trotting job, but Liz knows that’s no excuse for getting a friend hooked on drugs, urging another friend to have an abortion and making a mean viral video of a boy who has a crush on her. “Some nights, Liz looked back and counted the bodies, all the lives she had ruined simply by existing. So she chose to stop existing.” Will Liz pull through? Depending on whether they identify with Liz or her victims, readers may be split about the novel’s abrupt ending. Even though the text is peppered with clichés, the inventive structure and inspired use of the imaginary-friend narrator help overcome the earnest, immature prose and heavy-handed messages.