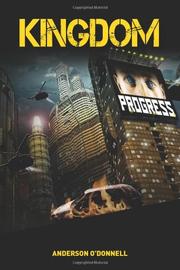 Against a backdrop of dystopian urban sprawl and human suffering, a morally questionable scientific corporation hunts for the gene responsible for the soul in O’Donnell’s debut novel, the first in a planned sci-fi trilogy.

As the novel begins, the chronology bounces forward and backward from the late 1980s—when scientist Jonathan Campbell flees from the “Exodus” project he has been working on after he discovers the horrifying human experiments authorized by his employer, Mr. Morrison—to a grim 2015. In the not-too-distant future, Morrison has nearly reached his goals, which involve genetic experimentation and test-tube humans, and Campbell has spent the past 30 years hiding among a secret order devoted to cultivating the soul, part of which involves rescuing Morrison’s human collateral damage. Meanwhile, the novel also tracks a troubled, drug-addicted young man, Dylan Fitzgerald. Fitzgerald’s father was once a promising presidential candidate before committing suicide when Dylan was a boy—a thread that dovetails with the main arc in surprising, harrowing ways. O’Donnell captures the darkness in humanity and the world, particularly in such elegantly composed passages as this one: “Morrison imagined women and children packed into…overcrowded refugee camps…mistaking the deployment of a Predator missile for a shooting star, making a wish as a $40 million toy dealt death from impossible heights.” The overall effect is a taut, brilliantly conceived thriller with impeccable pacing bursting with ideas.

For fans of noir-laden science fiction in the vein of Philip K. Dick that is in equal measures suspenseful, gripping, darkly funny and philosophically challenging.