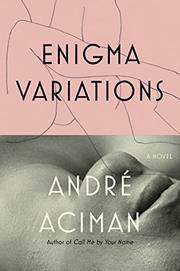 Love among the ruins—and with Ethan Frome, tennis, martinis, and Starbucks on the set as well.

As often in his fiction, Aciman (Harvard Square, 2013, etc.) immerses readers in a milieu that is achingly sensuous—and sensual, too—with not much regard for pedestrian ideas of what constitutes whatever normal behavior is supposed to be. Even so, his characters are often beset by moral agony over the choices they make in following their hearts. In the case of Paul, a definitively sensitive man of fleetingly passing years, just about everything is a Proustian madeleine: Greek and Latin, the glint of Mediterranean sunlight, “the cooling scent of coffee from the roasting mill that seemed to welcome me no differently now than when I ran errands with my mother.” Then there is music, so elegantly alluded to in the title, and the memories of men and women who have fallen in his path and bed and sometimes imparted wisdom along the way; as an early object of desire says, knowingly, “It could be life or it could be a strip of wood that refuses to bend as it should.” Paul bends easily in his pursuits, broadly catholic in his affinities. Aciman’s portrait of him and his world is thoughtful, sympathetic, and never prurient; Paul is very much, as a friend of his remarks, like Sicily in having many identities and “all manner of names, when in fact one, and one only, is good enough.” He is not at all reprehensible, yet he is not blameless, either; Paul’s quest for self-awareness, to say nothing of his quest for pleasure, carries plenty of collateral damage. Most of it he bears himself, though; as he says, with knowing resignation, “I think everyone is wounded in their sex…I can’t think of one person who isn’t.”

An eminently adult look at desire and attachment, with all the usual regrets and then some—but also with the knowledge that such regret “is easy enough to live down.”