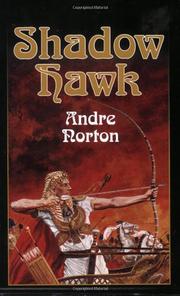 A new Phar attempts to reunite the Two Lands of Ancient Egypt and to drive out the usurping Hyksos. Entering his service as The Leader of Ten; a young Nubian noble puts his experience as a border scout to good account on behalf of the Son of Re and the two royal princes. Using guerrilla techniques already familiar to Norton space-story fans, the Nubian archers successfully pave the way of the Egyptians to conquer the key city of the Hyksos. As usual, Andre Norton packs so much uncompromising exposition into the first half-chapter that it proves a stumbling block to many readers. But once the initial dose is swallowed, the story moves quickly to a high interest peak. Whether the author's locale is in the storied past or the imagined future, there is always the feeling of cardful research and plausible detail. No sissy stuff, this, but rich fare for the avid reader.