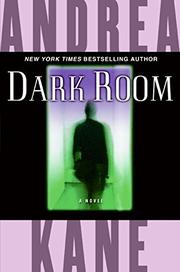 Morgan Winter is a scarred woman. Never mind her fragile beauty, startling light-green eyes or business acumen, the high-powered matchmaker is still reeling from her parents’ murder nearly two decades before. So the news that the man convicted of that double homicide is not the real culprit is almost enough to shatter this young Manhattanite’s equilibrium. Only justice, Morgan realizes, will free her from the past. Assisting in her quest are an attractive DA who’s also a matchmaking client and PI Pete “Monty” Montgomery (Wrong Place, Wrong Time, 2006). Whatever problems they face in opening such a stale case should be smoothed over by Morgan’s guardian, powerful Congressman Arthur Shore, but he has a campaign and a magazine feature to worry about. Meanwhile, Monty’s handsome photographer son Lane also takes an interest . . . and not just because of his experience with covert federal investigations. The resulting fast-paced romantic adventure unfolds with a series of twists that will keep readers guessing whodunit and why. Whether they will care is a different matter. Far-fetched coincidences—an adopted child turns up working for his unrecognized grandparent—stretch credibility to the breaking point. The acrobatic and clinically related sex is strictly par for the genre, and for a supposedly sensual writer, Kane is surprisingly light on detail. (Food from a renowned deli, for example, is described simply as “delicious.”)

Fans may go for the author’s formulaic second novel, but newcomers will have little reason.