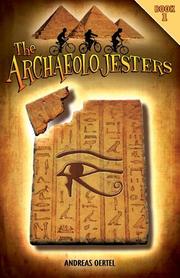 Twelve-year-old Cody is worried about life in Sultana, Manitoba. The river is drying up, the lake is a muddy mess and business is bad. The local restaurant may have to close, and that would mean his best friend, Eric, whose mother works at the restaurant, might have to move away. So Cody, Eric and Eric’s twin sister, Rachel, hatch a plan to bring tourists to Sultana and revive the sagging economy. The likable kids consider various schemes: create a gigantic sculpture of a moose, gopher or spruce bug? a U.F.O., perhaps? Sasquatch? They zero in on creating an ancient Egyptian tablet—local clay on slate from the American South—and invent a message from a lesser scribe indicating a band of Egyptian travelers had journeyed up the Mississippi River only to be stranded in Manitoba. When Dr. Murray (“retired now from some kind of doctoring”) discovers the tablet by the river’s edge while fishing, experts are brought in and great excitement ensues. The far-fetched story, intended as pure fun, succeeds as a fast-paced archaeological adventure, the first of a planned series. (Fiction. 9-12)