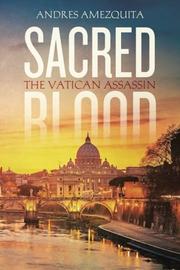 A debut murder mystery that revolves around a long-standing history of secrecy at the Vatican.

Anthony Hibbert is the head of classical studies at UCLA and spends most of his time researching ancient Roman texts, most recently at the Vatican Library Secret Archives. He becomes intoxicated by a series of letters written by a 16th-century monk, Federigo Dottore, who ultimately confessed to being an assassin of Pope Julius II. Meanwhile, the current pope prepares for a visit from Avinash Sullivan, a technology billionaire who fronts an activist movement that demands that the Vatican radically improve its transparency. Some people fear that powerful people, who want to keep the Vatican’s internal affairs hidden, may harm Sullivan, and Hibbert is recruited to warn him (although the explanation for his selection is confusing). Sullivan is murdered in his hotel and Hibbert is arrested as a prime suspect, but he’s quickly exonerated. He returns to his scholarly investigations, during which he stumbles upon previously undiscovered, sensual sketches by the famed artist Raphael. On the back of these drawings is Dottore’s handwriting, and a beautiful, Japanese security expert named Akemi Morishima helps Hibbert decipher it. When other suspects in Sullivan’s death are murdered, it complicates an already tangled affair. It’s easy to lose one’s bearings in this story’s swarm of twists and turns, and author Amezquita seems content to let readers stew in their confusion. However, Dottore’s letters, which are presented at considerable length, are a delight to read, as they’re simultaneously sinister and repentant. Also, the author does a marvelous job of making Hibbert a remarkable but endearingly human character. His vulnerability can be striking: “He cannot stop thinking about his date with Akemi while he repeatedly touches his wallet to feel the set of condoms he has slipped into it. Buying them had been an ordeal. He felt the humiliation of a teenager.” Murder mysteries that center on Vatican skullduggery have become a popular genre, and this fits almost too neatly within that formula. This book’s historical astuteness and crackling eroticism, though, justify ranking it among the better options of its type.