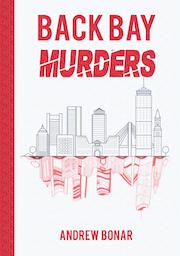 In this mystery debut, a private detective investigates a drowning in Massachusetts.

Sometimes, you really don’t have a choice. Drew Law, a private eye, widower, and single father, looks into a drowning in the Charles River. But both the body and the interest of the enigmatic Ashley Tinder turn the routine case into a whirlpool from which he can’t escape. On the other side of the river, a man named Jack has spent years going down a dark path and waiting for the time his masterful misdeeds might come to light, all stemming from one day in his teen years when he was caught between a rock and a hard place. The novel switches back and forth between Drew’s present-day investigation and Jack’s stomach-turning life history, and the contrast between the world-weariness of the former and the sociopathy of the latter is very effective in driving the narrative forward. At the same time, switching between timelines gives the story an opportunity to delve deeper into the characters’ backgrounds, whether that’s the trauma of Jack’s abusive father, the mystery of the death of Drew’s wife, or Ashley’s role in what might be a set of serial killings—or even a conspiracy. As more information comes to light through both the past and present, the players intersect more and more, and the stakes rise as well. It’s a difficult balance to strike between the character relationships, the drama of their histories, and the intrigue of the current action, but the pacing is brisk and certain, and nearly all the elements of an intriguing mystery shine through. The prose can be a little awkward at times, but the dialogue is strong and acts as a foundation for much of the stark tale. All in all, it’s an entertaining, fast-paced reading experience that fans of the genre won’t want to pass up. Some readers may be frustrated by the fact that the novel doesn’t end with complete closure, leaving room for a sequel. Still, they will find themselves waiting for the next chance to turn the pages of this exciting world.

THE GIRL WHO LIVED
by Christopher Greyson
Fiction