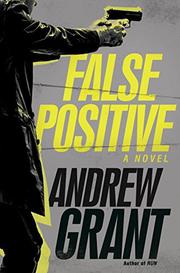 A fast-moving thriller about a flawed cop searching for an abducted child.

Detective Cooper Devereaux returns to duty in Birmingham, Alabama, after an unjust suspension. He's partnering with Detective Jan Loflin to search for Ethan Crane, one in a series of missing children, a 7-year-old foster child who is “not the little angel everyone’s making him out to be.” Devereaux is no saint either, having led an early life of crime and earned a spotty disciplinary record as a cop. He’d once justifiably shot a kid, and he’d only hurt “people who deserved to be hurt,” but his captain calls him a disgrace and an embarrassment. Devereaux still dreams about his own disturbing childhood, which turns out to be more relevant than idle navel-gazing. The story’s heavy focus on his background fits in neatly with the plot. Brief chapters (many are too brief) show that a mysterious woman is watching the detective even as she holds Ethan and plans to give the boy a “treat.” She has done the same for other children, whose backgrounds all follow a common thread. As to her identity, suspicion even falls on Loflin. Meanwhile, bodies turn up. For example, Devereaux finds the corpse of Hayden Tomcik, a retired cop he knew as a child. Devereaux is filled with self-doubt—perhaps any good feeling he harbors about himself is a “false positive” and his true character is “written in his genes.” Readers who like defects in their heroes will love this guy, who knows he’s not as good as he’d like to be. The final twist comes just as all finally seems well with the world.