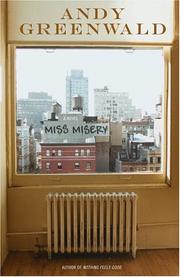 A New York hipster falls victim to a unique case of identity theft in this High Fidelity–esque debut novel.

David Gould is a Brooklyn freelance writer in his twenties, but he’s in the midst of what feels a lot like a midlife crisis. His girlfriend, Amy, has left to take a job at The Hague, and he’s dangerously close to missing the deadline on a book he’s contracted to write about online journals. “Diaries didn’t come with locks on them anymore,” David observes, “they came with stadium seating.” David is seduced by one diary in particular, written by recent New York transplant Cath Kennedy, aka Miss Misery. Her chronicle of Manhattan club-hopping prompts David to invent his own impossibly hip online persona. David’s diary is promptly hacked into, and the hacker, who happens to look like David, soon begins dating Cath. Though the absurd plot, which also involves a 17-year-old stalker on David’s buddy list, threatens at every turn to let this story flounder as a weightless coming-of-age comedy, David is an appealingly earnest hero. Greenwald includes copies music references, and readers who have a passing familiarity with college-radio luminaries might enjoy the vibe here more than others; it helps if you, like David, think it’s a little odd to put LCD Soundsystem and Jandek on the same mix CD. But all readers will groan at Greenwald’s use of minority characters as opportunities for clichéd bits of comic relief, and for all of David’s adventures—in nightclubs, at parties—his concluding revelations ultimately feel shallow.

A genial novel that will appeal to those who share the protagonist’s musical interests.