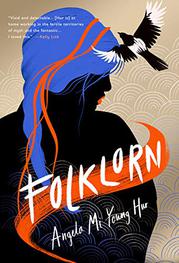 A Korean American physicist with a postdoc position in Stockholm grapples with the real and imagined ghosts of her family’s past.

Elsa Park’s time in the Antarctic conducting research on neutrinos is coming to an end, punctuated by the reappearance of a specter from her past: a girl who has played with her, advised her, and followed her since she was a child. Though Elsa left her home just outside Los Angeles for boarding school and eventually her position in Sweden, her friend’s reappearance heralds a return to her old life in California, centered around her father’s crumbling auto body shop, where she must confront the complicated ties that bind her to her father, mother, and older brother. Hanging over all this are the stories her mother told—and didn’t tell—dark tales of girls sacrificed for bells, girls lost at sea, girls used. Who is Elsa’s friend really, since no one else can see her, and what does she mean for their family? Oskar Gantelius, a Korean adoptee Elsa met in Sweden, may hold the key to her questions if she can manage to make sense of all the stories. Ruminations on physics are interspersed with Korean folktales, though intergenerational trauma means the narrative can never soar into whimsy for long. Elements of magical realism are tempered well by the realities of one Korean immigrant family. Though Elsa is often an unlikable narrator, her story is gripping and rings as true as the bell she hears in her mind.

A quiet but compelling rumination on family, race, and trauma, built on the spaces in Korean folktales.