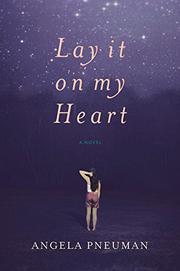 LAY IT ON MY HEART

Pneuman’s latest raises a tantalizing question about a 21st-century man of faith: How do you know if he's a prophet of God or just in need of some lithium?

Thirteen-year-old Charmaine lives comfortably in East Winder, Kentucky, a town notable for its churches, its seminary and the evangelical legacy of Custer Peake, Charmaine’s grandfather. Her father, David, is a prophet making a living writing spiritual tracts on fasting and ceaseless praying. That is, he was until last year, when he gave up his job to “live on faith alone” (with his mother, Daze, paying the mortgage and his wife, Phoebe, taking in sewing). Now he's back from a monthlong trip to the Holy Land, and Charmaine, Phoebe and Daze are hoping he'll return to work. Instead, arriving in robe and sandals, he goes into seclusion at the trailer he keeps down by the river. A few days later, he’s found wandering about naked and burned, from taking a bath in bleach. While he’s recuperating at a mental facility, Phoebe and Charmaine move into the trailer and rent their house to a family of sanctimonious missionaries. This is an inopportune time for Charmaine’s family to fall apart: She’s just starting middle school, her breasts have become embarrassingly large, and she has to ride the school bus with the country kids, who smoke and swear and don’t live in the light of the Lord. Charmaine wishes her story would end like A Wrinkle in Time— the daughter’s love rescues the father who disappears. Now on heavy medication, David no longer hears God. What does this mean for Phoebe, who has lived according to his visions, or for Charmaine, who believed her father anointed by God, not manic-depressive? In the narrative voice of a 13-year-old girl, Pneuman raises timeless questions about faith, sacrifice and parental folly.

Both a compassionate and uncompromising coming-of-age tale.