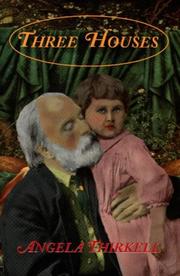 A sweet but not saccharine recollection of a happy Victorian childhood in England, replete with stern nannies, sausage breakfasts, loving parents, and indulgent grandparents. Appearing in the US for the first time, this 1931 volume is one of a series of Thirkell's works, including more than 30 novels that are being reissued here. In this memoir Thirkell recalls the time and places in which she spent her turn-of-the- century childhood. She was the granddaughter of painter Edward Burne-Jones, one of the inner circle of pre-Raphaelite artists and poets that included Gabriel Rossetti and designer William Morris. The three houses are those of her parents in London's Kensington section, of her grandparents in what is now West Kensington, plus a seaside home where the family spent its summers. From the nursery window of her parents' home—next door to an historic pub—Thirkell could watch the panorama on Kensington Square, including a parade of colorful street performers. Sometimes the family would visit neighbors, among them the actress Mrs. Patrick Campbell, ``Aunt Stella'' to Thirkell. On winter Sundays, Thirkell's family would lunch with her grandparents in a house that once belonged to 18th-century novelist Samuel Richardson. Visitors came and went, among them Princess Alexandra, while the children played in the orchard or occasionally slipped into their grandfather's forbidden studio, where a manikin with a papier-mÉchÇ head titillated them. Most beloved was the house at the sea. Full of nooks and crannies where the children created great adventures, it was just across from the home where cousin Rudyard Kipling's family was ensconced. Offering memories of a childhood as romantic and rich as her grandfather's paintings, Thirkell leavens the lushness with some tart observations about the arbitrary strictures of Victorian life. Tales of a domestic happiness—a refreshing foil to the current wave of tales of abusive and narcissistic families.