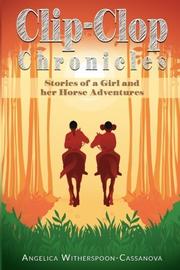 Stories of a Girl and Her Horse Adventures

A young girl doesn’t let setbacks keep her from following her passion for competitive horseback riding in this debut middle-grade novel.

Twelve-year-old Roz Stone dreams of someday making history by being the first African-American rider to win the International Federation for Equestrian Sports competition, which she calls the “Superbowl” of horseback riding. But first, she has to figure out a way to continue to pay for her riding lessons and prepare for a competition after losing her lawn-work clients thanks to a damaged riding mower. In this lively, first-person narrative, Roz’s challenges also include a wealthy, mean girl named Zoe (who’s a good rider but a bully); an injured ankle; and family members who feel that horseback riding isn’t an appropriate sport for African-Americans (“Nearly all of my cousins thought I was crazy,” the young girl says. “They told me that Black people didn’t ride horses”). Roz is undeterred, though, and her twin sister, Estelle, and her wise grandmother have her back. And although Roz is the only rider of color at her rural community’s riding school, she has a good friend and a mentor there for support and the historical success stories of African-American jockeys, polo players, and dressage and jumping champions for inspiration. Witherspoon-Cassanova has created a cast of believable characters, led by the spirited and thoughtful Roz, in a realistic world founded on the importance of family, faith, and strength of character. She also draws on her own firsthand riding experiences and her involvement with an equine therapy program. Roz’s enthusiasm is contagious, her ups and downs are relatable, and the lessons she learns are delivered without preachiness and feel organic to the story. The story also deftly keeps readers guessing about how it will all end. The only flaw in this otherwise sterling debut is a handful of distracting typos (such as “So I Mark was my person” and “I willing broke my promise”). Overall, though, this novel will resonate not only with horse-loving tweens, but with any young readers who are determined to march to their own drummers.

A standout story with a strong heroine and an authentic voice.