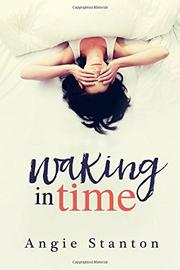 Still raw from her grandmother’s death, 18-year-old Abbi takes comfort in the fact that she is starting her freshman year at the University of Wisconsin in Madison. It’s the perfect place, one where the white narrator can make a fresh start and stay close to the memory of Grandma, who once walked the very same halls. But in her wildest dreams, Abbi never could have imagined just how close the two would be. For reasons she is desperate to understand, Abbi finds herself traveling backward through time, with each new stop providing clues to a mysterious family secret. To add to the intrigue, Abbi discovers she’s not the only time traveler. Will, a handsome white farm boy from 1927, is on his own journey forward through time, and Abbi gradually realizes that Will is not only linked to her family’s past, but also holds the key to her heart—past, present, and future. Though this may provide a quick fix for fans of time-travel romance, the novel fails to distinguish itself from the rest of the pack. While Abbi is a likable-enough protagonist, the story meanders, and the dialogue often feels stilted. However, the greatest disappointment is that a potentially delicious romance between Abbi and Will fails to gain any traction for the first two-thirds of the novel.

Without sparks to sustain it, the story fizzles.