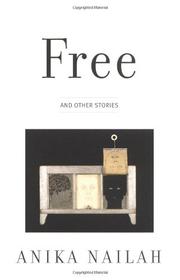 A debut collection primarily concerned with the societal strictures laid on both whites and blacks.

But not laid with equal weight. Although Nailah bookends her 14 stories with a heavenly prologue and epilogue in which an older brown angel teaches a younger one that skin color is only a small part of human nature, the tales themselves impart a different lesson. In “Trudy,” a white woman accuses a black cashier of pocketing two quarters. “The Ride” shows a white businessman falling under the brief but attitude-changing tutelage of a black cab driver who miraculously undoes years of racist training in the space of their ride to the airport. When the basketball star of “Bucket” is warned by his team’s owner not to attach himself too closely to a certain lady friend, his lack of freedom recalls his family’s years of indebtedness and the shadow of slavery before that. Other pieces focus on black people’s inner struggles. “Four” depicts young kids who typify black male archetypes (crazy misfit, super-athlete, gifted genius, street fighter), portraying the unhappiness that accompanies each and the solace they find singing four-part harmony on a summer evening. The teenager in “French” and the middle-aged businessman in “Inside Out” both unsuccessfully attempt to distance themselves from their African-American roots. Race resides on the periphery, however, when Nailah delves into her other major subject: children burdened with imperfect parents. In “My Side of the Story,” a little boy runs away to find the mother who walked out, but the squalor of her new life brings him up short even before she sends him back to his well-meaning if distracted father. An even younger child pays a “Sunday Visit” to her mother, imprisoned for the death of the girl’s baby brother; the facts of the story remain murky, but the daughter’s neediness is heart-wrenching.

Stories that wear their moral outlook on their sleeves.