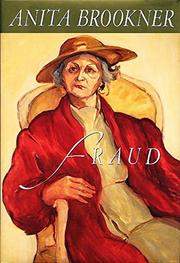 Again, Brookner (A Closed Eye, Brief Lives, etc.) acutely limns the lives of women shaped as much by temperament as by circumstance, but this time she liberates her heroine—both from herself and her situation—in an uncharacteristically upbeat ending. Like a typical Victorian daughter, 50-ish Anna Durrant—kept in her place by ``the habit of affection'' and ``the iron discipline to which she had subjected herself''—has devoted the best years of her life to taking care of her ailing mother. Anna seems incapable of breaking these old habits even when her mother dies. She tries to help Mrs. Marsh, an elderly widow of stoic independence, who is more irritated than gratified by Anna's well- meaning attentions. When Anna suddenly disappears, her family doctor, Lawrence Halliday, a once likely suitor, alerts the police, but Anna cannot be found. The events of the months leading up to her disappearance are then recalled by the earlier Anna and her few acquaintances in scenes that, like an indictment, accumulate to reveal how much of Anna's life has been a fraud. The precipitating moment is a ghastly dinner with Lawrence Halliday, whom Anna realizes she should—and could—have married, and his wife, attractive only because of her obvious sexual greed. Back home, Anna considers the lines of ValÇry that describe ``the strength born secretly out of idleness or inaction.'' Consideration is followed by resolve, and Anna returns to France, where she had once been a student, determined to go out into ``the bright, dark, dangerous and infinitely welcoming street'' of life. As she tells a friend surprised to find her in Paris after all: ``I believed my mother, who told me that the best things in life are worth waiting for. And I waited. That was the fraud....I blame myself....I shouldn't have been so credulous.'' A quietly powerful exploration of the insidious costs of the unrelieved self-sacrifices expected of—and so usually made—by women. Brookner at her best.