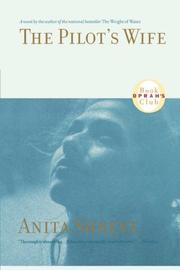 Though sacrificing depth and credibility for speed, Shreve’s sixth (The Weight of Water, 1997, etc.) is another suspenseful portrait of a modern marriage rent by betrayal and loss. After her pilot husband’s plane blows up off the coast of Ireland, Kathryn discovers bit by bit how little she knew Jack Lyons. First, she faces a media frenzy when the flight recorder makes clear that Jack was carrying a bomb in his flight bag. Her illusions of a her so-called good marriage crumble, despite her belief in the love she and Jack had and the need to keep Jack’s memory pure for teenage daughter Mattie. As she navigates the dark days with the priest-like assistance of Robert, the pilot union’s grievance expert, Kathryn increasingly feels compelled to come to grips with Jack’s hidden life. Following up on a phone number she discovers among his papers, she and Robert go to London, where she finds Jack’s other family: Muire, an unrepentant Irish beauty and former flight attendant, and her two young children. By now the plot is fairly screaming IRA bombers!, but instead of guns and M15 surveillance teams we get Kathryn’s long, sad walk in the rain and an attempt at consolation by a now-doting Robert. The next morning, Kathryn, still lagging two beats behind the reader, has the whole thing explained to her at breakfast by a remorseful Muire, who’s now forced to go on the run. Then Kathryn’s staggered by Robert’s revelation that he didn’t come along just to keep her company—but that he’s part of the investigation (though he makes no move to detain Muire). Kathryn sulks, but by story’s end Robert is back in her good graces, his seeming betrayal well on its way to being forgotten. An evocative but obvious thriller, rather like a domesticated Patricia Highsmith, that keeps you reading—even as you’re regretting the opportunities for intrigue and angst that the narrative consistently ignores.