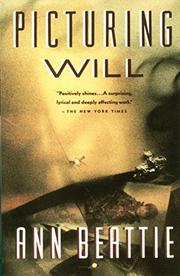 Children have often figured prominently in Beattie's fiction, though they have seldom been as young as Will, the five-year-old object of inquiry of her first novel since Love Always (1985): it's a kind of contemporary version of James' What Maisie Knew in which Beattie—with mixed results—places Will in a tangle of divorced parents and their new spouses and lovers and patrons. Though the primary emphasis here is on the mother, Jody, and the father, Wayne, italicized linking passages—little essays on childhood—underscore Will's central position in the triptych. Jody and Wayne divorced some time ago, after Wayne walked. Mother and son now live in Charlottesville, Virginia, where Jody works as a wedding photographer; her "secret work"—her own photographs—have become so good that devoted lover Mel is arranging her first show with Haveabud, an epicene conniver and New York gallery-owner. As Jody breaks into the big time, so Mel gives his all to raising Will. He drives him to Florida to visit Wayne; en route, Will has his first intimation of evil when he catches Haveabud fooling around with another small boy in a motel bathroom. Good-looking, promiscuous Wayne turns out to be a major-league flake; he is already thinking of leaving his third wife, Corky, a good-hearted soul who wishes she were Will's mother. While the childless Corky and Mel demonstrate their fine nurturing qualities, Wayne and Jody fail Will shockingly—Wayne by causing a chickens-coming-home-to-roost scene in which Will must see his father led away in handcuffs, Jody by refusing to listen to Will's revelations about her "manic mentor" Haveabud. The familiar Beattie world of dislocations, where "love is like a feather in the breeze," is rendered awkwardly here. The scenes of Haveabud's pederasty and Wayne's arrest seem forced and arbitrary; the childhood essays are irritatingly portentous; and it's not until Florida that Beattie hits her stride. Still, her quirky humor and her dialogue, wickedly good, just about make the trip worthwhile.