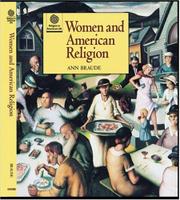 A brisk, informative history of the myriad roles women have played in America’s religious history. Braude (Harvard Divinity School) has difficult tasks in this slim, generously illustrated volume: to survey hundreds of years of religious history; to maintain a disinterested tone—even when describing the fringes of organized religion—to employ language and explore ideas that will not exclude the lower strata of her target audience (12 and up). She begins by disputing the notion that “women have had little importance in US religious history,” and proceeds to establish her counterclaim with five brief chapters, each of which features a two-page insert focusing on an important woman or religion. Although her text revisits the familiar (e.g., New England witchcraft, the Shaker movement, Mormon polygamy, the Women’s Christian Temperance Union), it also spotlights numerous figures who have disappeared into the gloom of history, most notably Jarena Lee, an African-American woman who “heard the call from God” in the early 19th century and traveled throughout the South- and Northeast “giving hundreds of sermons each year.— In a volume of this sort, objectivity is a virtue, and Braude achieves it, although one wonders if younger readers, charmed by the impartial prose, will believe that Shaker founder Ann Lee did in fact experience a visit from Jesus, who “revealed [to her] that celibacy was the path to salvation.— In similar passages throughout her volume, Braude declines to add any salt of skepticism or pepper of irony. Her survey is inclusive—the popular religions appear alongside the unpopular (though there is no discussion of cults), religious beliefs of Native Americans and African-American slaves receive brief treatment—and her analysis of the long struggle of women to achieve official sanction and ordination is particularly effective. (She reveals the alarming news that only half of “American religious groups currently ordain women.—) Clear, fundamental, and comprehensive within its limited format. (Photos)