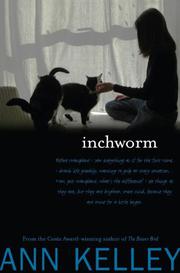 Gussie is the irrepressible 12-year-old protagonist of The Burying Beetle (2007) and The Bower Bird (2008), Scottish imports. Seriously ill with a congenital heart defect, she receives a heart/lung transplant and tells the story of the early months of her recovery through a first-person, journal-like format in this third series entry. Coping with a complicated recovery and potential organ rejection, she also deals with her mother’s illness and her parents’ relationship issues after a failed marriage. Particularly poignant is Gussie’s awareness of the fragility of her own life. Reflecting on information the hospital gave her about life expectancy, she optimistically imagines “I’ll live until I’m twenty-two. That’s old.” Her comments on life are charming and wholly believable; she is a well-rounded character facing a trying situation with grace and verve. Although this effort can stand alone, readers will want to seek out the other books to visit with likable Gussie again. (Fiction. 11 & up)