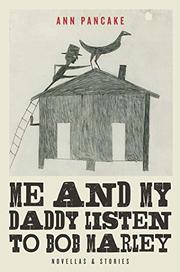 ME AND MY DADDY LISTEN TO BOB MARLEY

Rural West Virginia enters the 21st century but can’t quite shake off its rough-hewn past in these 11 Southern gothic–tinged tales.

Many of these stories by novelist Pancake (Strange as This Weather Has Been, 2007, etc.) are told from the perspectives of children and adolescents, the better to capture the eeriness of the Appalachian landscape and the folkways of the grown-ups who occupy it. At the opening of “Mouseskull,” a fourth-grade girl makes a necklace out of the title object, a harrowing precursor to the tale of family ghosts that ensues. In “Coop,” an 11-year-old girl witnesses a feral revolt at a rural camp. And in the concluding title story, the best of the batch, a toddler is emotionally buffeted by his drug-addicted father just as he acquires the words to push against him. Even from an adult perspective, the past looms large, as with the middle-aged woman who returns home in “Sab” to a land reworked by mountaintop removal and fracking or the dog hoarder in “Dog Song” who feels trapped by the encroaching housing developments that have wrecked the region’s previous quiet. (“How you could kill a piece of ground without moving it anywhere,” the protagonist thinks.) Pancake’s tone in these stories is generally moody and sometimes too slowly paced; the opening novella, In Such Light, is overlong for the familiar tale of teenage heartbreak it relates. But her ear for dialect is well-tuned, and the collection has its comic touches. The superb novella Sugar’s Up turns on a middle-aged man who’s estranged from his wife and treated like an ATM by his son, and his rising fury at being passed over for a ceremonial hometown title is at once funny and reveals how maddening close-knit communities can be.

A smartly styled, occasionally sluggish portrait of an undercovered landscape.