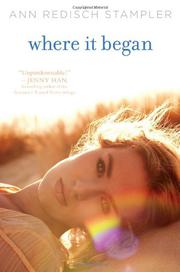 A poor little not-quite-so-rich girl tries to keep her privileged boyfriend after a car accident that can get them both into serious legal trouble in this acerbic take on the phoniness of Bel Air, Brentwood and Beverly Hills.

The relentlessly wry and sarcastic tone of this first-person yarn instantly grabs readers’ interest and propels the story forward. Gabby has learned survival skills growing up among the super-wealthy. The story begins with Gabby in the hospital, recovering from a car accident she can’t remember. It seems, judging by the keys found in her hand, that she stole her boyfriend’s BMW and crashed it into a tree. Gabby’s only concern is saving her relationship with Billy, her richer-than-rich boyfriend, against the wishes of his aggressive lawyer mother. Whatever Billy wants, Gabby willingly does, as she shrewdly trims her behavior according to her finely tuned instincts that keep him involved with her. When an actual friend finally proves the truth to her, she still feels trapped in a system that rewards only the power of money. Stampler paints a ruthless portrait of wealthy Los Angeles, but she finds the occasional human being there too. Readers will find much cynicism but also humor and insight into a corrupt system not necessarily confined to the rich.

Clever and constantly interesting, this is as much a winner as Gabby. (Fiction. 14 & up)