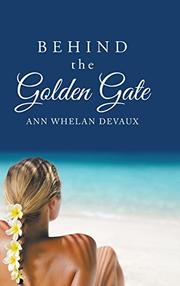 BEHIND THE GOLDEN GATE

A whirlwind relationship turns into a nightmare for a young Irish artist in Devaux’s debut novel.

Ráichéal, an artist living in Dublin, is a firm believer that “everything happens for a reason and not by accident, chance or design.” So when she sees a newspaper advertisement from a man named Daniel San Laurant seeking a pen pal, she feels compelled to respond to him. Ráichéal is looking for adventure and Daniel’s letters make her eager to learn more about him. So she travels to his home on the island of San Sebastian in the West Indies, where she’s seduced by his charm and his glamourous lifestyle. They eventually marry and live in luxury on his family’s estate; however, tensions lurk beneath the surface as Ráichéal starts to notice that everything she does revolves around Daniel and his needs. His controlling behavior (“what Daniel wanted to do, is what Daniel always did, regardless of anyone else”) continues after they adopt a son, Antonio. Ráichéal briefly leaves Daniel, but they soon reconcile. But after they go on to adopt three daughters—Ella, Grace, and Amelia—it becomes clear that Daniel will stop at nothing to control Ráichéal, and she finds herself in a battle to save her family. Devaux offers a suspenseful, affecting thriller. Ráichéal is a dynamic protagonist whose transformation from a naive bride to a protective mother fighting for her independence is dramatically effective. The supporting characters are equally well-developed, including Margaux, Daniel’s calculating, narcissistic mother. The sprawling narrative includes detailed descriptions of Ráichéal’s travels throughout the world, including extended visits to Mexico, Panama, and Ireland. Still, the novel would have benefited from a sharper copy edit; for example, billionaire Howard Hughes is referred to as “Howard Hues,” and the British television show Fawlty Towers is called “Faulty Towers.”

An often gripping, if unevenly executed, portrait of a woman caught in a destructive marriage.