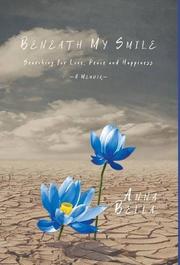 Searching for Love, Peace and Happiness

A Trinidad-born woman, now a U.S.–based nurse, describes her traumatic childhood and tumultuous adult experiences in this debut memoir.

At age 3, Bella was left with her father, a Trinidad-based funeral home operator, when her mother fled to the U.S. with Bella’s sister. After a frantic period of “international kidnapping,” Bella and her sister spent the bulk of their childhood back in Trinidad with their father and his girlfriend/eventual wife, whom Bella dubbed “El Diabla Puta” (“The Devil Whore”). While Bella endured ongoing abuse from this pair (beatings, lack of food, etc.), her father’s half brother sexually molested her. Although Bella and her sister returned to their mother as teenagers, the damage was done. Bella got pregnant, married young, and spent her adult life “running and running as fast as I could from all my doubts, fears, and my past filled with a multitude of poor choices right at my heels.” While she eventually earned a nursing degree that allowed her to support herself (and flee stalking and deadbeat lovers), she also made “a career out of being pregnant just when I was ready to bail out of a bad relationship” and bore four children, all with different, problematic fathers. But by memoir’s end, Bella “can see the strength that I possess. I don’t know what’s in God’s divine plan for me, but I will continue to be the best I can be while enjoying life to the fullest without any more regrets.” The author has penned an initially gripping, then ultimately unrelenting tale of endless turmoil. While she makes note of “how much I have grown,” there is more focus, indeed overload, in this narrative on her destructive patterns repeating themselves, with one of her final chapters, for example, detailing her return to a cheating lover. She is also surprisingly detached about the travails and imprisonment of her daughter, noting, “She and I had this odd disconnect from the very beginning.” Still, this is certainly a striking snapshot of the vicious, damaging cycles that can arise from childhood trauma.