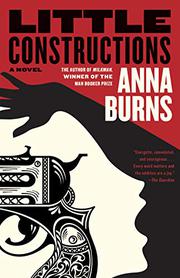 A coruscating tale of family and trauma first published in Britain in 2007 by the National Book Critics Circle Award– and Booker Prize–winning author of Milkman.

Burns’ Milkman was the surprise breakout literary novel of 2018: A story about one young woman’s attempt to navigate Northern Ireland’s Troubles, its style was challenging and at times maddeningly recursive but also showcased Burns’ knack for black comedy and skill at conjuring an atmosphere of paranoia. In retrospect, this novel reads like a rehearsal for that triumph; it’s a touch clunkier, at times more confusing than beguiling, but speaks to her ability to write about violence in powerful and unconventional ways. The story turns on the Doe family, whose gangster patriarch, John, is the sun around which various offspring, girlfriends, and hangers-on orbit. Most of them have names that start with “J”—Janet, Jetty, Jotty, Janine, Julie, Johnjoe, JerryJudges—which makes the relationships hard to parse. But the tactic is intentional; incest and other forms of sexual abuse are central (if slowly revealed) themes, underscoring how callously and interchangeably people (usually women) are treated. More directly, the story turns on Jetty, one of John’s girlfriends, going on a mad spree to acquire a gun to exact revenge after feeling betrayed by him. Her actions set in motion a series of revelations about family and small-town secrets. The puckish, unnamed narrator explores this milieu with dark irony (“he was now initiating his first beating of a proper adult woman”). But Burns has deep reserves of empathy too, writing about one woman who stocks up on self-help books she’s too terrified to read and depicting a family so consumed by “Noises” (i.e., memories of abuse) that it feels helpless. “Violence—and by the bucketload—kept the Noises away.”

Burns’ style can make for tough sledding, but the intensity of her material justifies the effort.