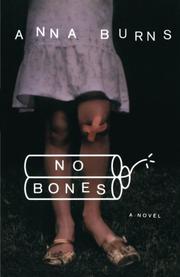 Belfast-born first-novelist Burns paints a scathing, rigorously unsentimental portrait of an insular, provincial-minded Northern Irish community struggling to survive through the Troubles, beginning in 1969 and stretching through the mid-’90s.

When the bombs start going off around the working-class town of Ardoyne, riven between Catholics and Protestants, Amelia Lovett and her scabby friends know that their play world has changed for good. Amelia's transplanted British cousin James Tone is sent on army duty to nearby Belfast as violence and suspicion between the warring factions mount, and his swift, “apparently motiveless” murder (he is simply walking in the wrong section of town at night) adds to the creeping sense that events are spiraling wildly out of control. By degrees Burns introduces the visceral, incriminating detail that dooms the roiling Lovett clan: with the rise of the IRA, older son Mick gets swept up into teenage gangs of drunken, vigilante, knee-capping thugs; older daughter Lizzie forms her own girl combat clique before descending into drugs and suicide; middle daughter Amelia drops out of school and takes refuge in alcohol, anorexia, and boys, while father and mother alternate from extreme brutality to utter indifference. In discrete, themed, and dated chapters, the author skillfully illustrates the disintegration of an entire community. Retributive, pathological nuns force the children to write a so-called peace poem. Vincent, a friend of Amelia’s abandoned by his mother, slips into delusions of spying and explosions. Young women scarred by their own emotional battlefields keep having babies, and the violence-numbed men rail blisteringly against independent women and outsiders. Burns never once winces or loses control of her material in this mordant, wry, unforgiving tale of the loss of innocence, for a girl and her country.

A clear-eyed fictional account by one of the survivors.