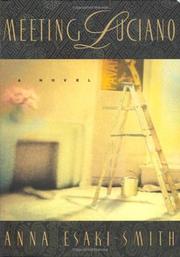 A debut novel describing the coming-of-age of a young Japanese-American woman who must deal with her aging mother’s withdrawal into a private world of her own fantasies. “There are two kinds of parents: those who bring you up with stories of their own childhood, and others who act like they never had one.” Thus does Emily Shimoda preface the story of her own mother Hanako’s life in Japan and the US, and although Emily makes it clear that she would place Hanako in the former category, subsequent events make this judgement somewhat dubious. Although Emily grew up in the States, her family became American only by default, when Emily’s parents kept extending their “temporary” stay by becoming citizens and eventually buying a house in the suburbs of New York City. Hanako Shimoda is something of a culture-vulture, madly in love with Italian opera in general and Pavarotti in particular. Recently divorced from her husband of many years, she now keeps house for Emily, who is just through with college and waiting tables at a local Japanese restaurant. A chance encounter with Pavarotti outside the Metropolitan Opera—which may or may not actually have occurred—convinces Hanako that the tenor is coming to visit her when he performs at a nearby arts center, so she hires a contractor to renovate the first floor of her home in preparation for his arrival. Emily’s suspicions about her mother’s grasp on reality, aroused by the Pavarotti stories, are confirmed by the impossibly elaborate construction plans being undertaken on the house. Is Hanako losing her hold on the world? Or is it Emily who finds adult responsibilities too much to bear? As the day of Pavarotti’s visit approaches, it becomes less easy to say just who has the clearer picture of herself. Engaging, funny, and thoroughly likable: Eksai-Smith’s account of characters moving through unfamiliar worlds makes up in sincerity what it lacks in finesse. A good beginning.