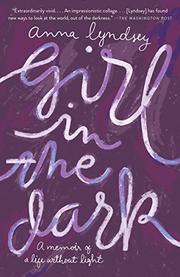 GIRL IN THE DARK

A former British civil servant’s debut memoir about learning to live with a rare light-sensitivity disorder that forces her to spend months living in complete darkness.

Though Lyndsey sometimes questioned her job at the Department of Work and Pensions in London, she loved what she did and the security her position offered. But in April 2005, she made a disturbing discovery. Whenever she sat in front of her computer screen, the skin on her face burned “like the worst kind of sunburn.” At first, she suspected sensitivity to artificial and especially fluorescent lights. By June, however, Lyndsey’s condition had deteriorated to the point where she could no longer tolerate light of any kind, including sunlight. Forced to abandon her job, she moved into her boyfriend (and later husband) Pete’s house. There, she spent her days dressed head to toe in light-impermeable clothes in a room that blacked out all traces of sunshine. Her only companions were audiobooks and complex word games, both of which she used to keep herself from sliding further into despair. Realizing that her condition was medically untreatable and likely permanent, she began reaching out telephonically to others who she discovered had similar conditions. These friends became conduits through which she received “massive transfusions of life.” Over time, she found that she would experience brief periods when “the muttering in [her] skin” ceased and she could go outside at dawn and dusk with a photographic light meter to help her measure how much light she could withstand. As much as the book is about coping with a life-altering condition, it is also a quiet love story that celebrates a relationship that not only withstood the ups and downs of Lyndsey’s medical struggles, but also deepened in the process.

A unique and haunting story.