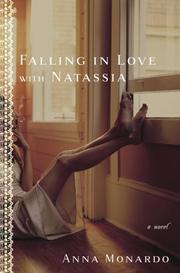 FALLING IN LOVE WITH NATASSIA

An unconventional family digs through 15 years of secrets to help its troubled teen.

Natassia Stein is the love child of creative, passionate, young, unmarried parents without the foggiest idea how to raise her. Born in Rome to Mary (Korean war baby and professional dancer) and Ross (Jewish pre-med son of prominent New York book editors) while they’re on a college study-abroad trip, she is shuttled around carelessly for the first several years of her life and then sent to live with her doting, if neurotic, paternal grandparents. As her father establishes his medical practice in Spokane and her mother travels the world with various dance troupes, the now 15-year-old Natassia has her heart broken by a much older man and can’t seem to pick up the pieces when the affair ends. Also involved are Mary’s best friend, Nora, a nervous psychotherapist, and her husband, Christopher, a nurturing painter, who have known Natassia since she was an infant in Europe. As Mary tries to reestablish her relationship with her daughter and coax her back from the brink of disaster, the Steins beg for her return to the city, Ross gets perpetually wasted on the West Coast and Nora and Christopher struggle with their own role in Natassia’s unraveling: a secret that has the potential to destroy both their relationship with the Stein family and their own marriage. Finally, the parties convene under the watchful eye of Natassia’s therapist to explore the damages both small and great, that the family has done to a fragile child. Given that the big secret is revealed a tenth of the way in, this novel is too long by far, but there is something hauntingly honest about the cast of largely self-serving characters and the imperfect intersections of their love.