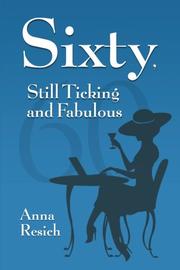 The Honolulu-based author wrote this debut collection of essays in 60 weeks, she writes, as a way of “finding” herself following an amicable divorce after 30-plus years of marriage. She draws upon six decades of her life, during which she earned a physics degree, worked for the United Nations and raised her children as a full-time housewife. A self-described “chatterbox,” Resich exalts in positive, lively confidences about retirement, memory loss, parents, children, gratitude and other topics, as she pursues her quest to live life with “confidence and resolve.” However, she’s no Pollyanna: “I’m hard-pressed to find anything graceful about aging,” she writes, but she knows that someday she’ll look back at today’s photos and think, “Boy, did I look good.” Some essays show how her grounded perspective helped her deal with cancers of the breast and tongue (and the resulting surgery, chemotherapy and recovery). Let friends help you, she urges: “I could never have envisioned that six hours of chemotherapy could be a fun (albeit unconventional) social time spent with a close friend.” Her advice? Never ignore something that you feel “isn’t right”; the doctor’s diagnosis that it’s “probably nothing,” she says, could easily turn into “something.” Other essays offer tidbits about her teenage years in Poland after World War II, when fashionable clothes were scarce, food had to be hunted, and kids from rich families were derided as “banana youth.” Overall, she writes with conversational grace in an easy-to-read, gossipy-girlfriend style. Her stories only rarely delve into the world beyond the personal, but this isn’t a serious limitation, as she’s someone readers will want to get to know.

A fine collection that illustrates the author’s credo that “change, if you embrace it, can be surprisingly rewarding.”