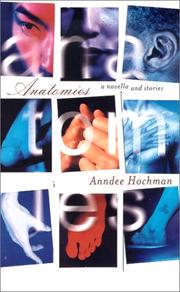 A Novella and Stories

A first collection celebrates in vivid prose those breakthrough moments that lead to understanding or action—in people whose lives may be either fashionable or feminist clichés of despair and disarray.

The settings here range from Oregon to Philadelphia, but the characters, who tend toward the narcissistic and self-absorbed, are not as varied. It’s this insular, even claustrophobic sensibility that makes these 15 well-crafted stories ultimately less affecting—with two exceptions. One is the novella, “Liability,” in which a young bisexual woman fleeing her dysfunctional family moves to Portland, Oregon, a place that seems to suffer from “terminal niceness”; after her counterculture landlord has to be hospitalized and she moves out, however, a chance meeting with her landlord’s troubled teenage daughter, now living on the streets, offers a transforming yet scary opportunity for her to help someone else. Then there’s “I Seen Some Stuf Horabl Stuf Lisen,” in which a single mother, abandoned by her lesbian lover, worrying that she may be damaging her six-year-old son (she slaps him once in the grocery store), is touched by a loving and wise story the boy has written at school. Another piece describes a girl who works as a professional weeper at funerals because she cannot stop crying, although when she begins laughing, all sorts of magic happens (“Aggiornamento”); a gay friend who died from AIDS is recalled by two lesbians and their daughter as they prepare a celebration of his life (“In Case of Emergency”); a young woman with an eating disorder learns that her accomplished mother also once suffered from compulsive behavior (“What’s More”); and an adolescent girl’s nascent sexuality and sense of self are aroused by a sleepover at which a game becomes a catalyst for change and revelation (“The Whole Truth and Nothing But”).

A promising debut from a writer who may cast her net more broadly in time.