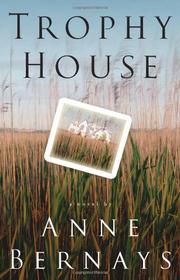 On the Wednesday after Labor Day of 2002, children’s-book illustrator Dannie Faber is gossiping with best friend Raymie, who runs a B&B in Provincetown, about the rude rich people overrunning Cape Cod. The one who jumped the line at a popular local restaurant by bribing the waiter turns out to be the same hotel gazillionaire who’s built a huge, vulgar trophy house down the beach from Dannie in Truro. It’s the one-year anniversary of September 11, an event that quietly haunts Dannie; she’s also slightly concerned about the slow asphyxiation of her marriage to MIT professor Tom Faber and about the arrival of daughter Beth, dumped by a live-in boyfriend. Dannie tries to be supportive, but she never thought much of egotistical Andy, and she wishes 29-year-old Beth would grow up and quit being so needy. Though we view the action through Dannie’s eyes, readers come to realize that this workaholic, emotionally skittish and often judgmental woman does not always accurately convey what’s going on. Bernays depicts with extra-dry humor the Faber marriage, which has long since exhausted its reasons for being, and Raymie’s surprise hookup with the crass trophy-house owner, Mitchell Brenner, who proves to be not (quite) as awful as he first seemed. Sharp-tongued Dannie might grow annoying as a narrator if she weren’t so smart and frequently so funny about social and sexual tensions on the Cape, in academia and in a middle-aged affair. New York publisher David is sexy, adoring and practically perfect—but Dannie manages to find a few things wrong with him anyway. By the end of the story, she’s pushed him into the same kind of part-time relationship she had with her now-ex-husband. It becomes clear that Dannie loves Truro and her solitary creative life at least as much as she does her family and friends.