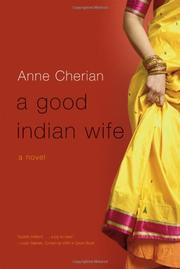 A fully assimilated Indian-American doctor reluctantly adjusts to an arranged marriage in this likable but generic debut from Indian-born Cherian.

Thirty-five-year-old anesthesiologist Neel Sarath thinks he has it all—a coveted, well-paying job at a San Francisco hospital and a beautiful blonde girlfriend whom he loves, despite the fact that she didn’t graduate from college. But then Neel is summoned back to his rural Indian hometown to tend to his dying grandfather. The trip turns out to be a trick—Neel’s aunt and mother are concerned that he’s still single, and he is pawned off on Leila, an unmarried local English teacher. Neel marries her on a whim for fear of disappointing his beloved grandfather. The deal should be good—Leila turns out to be beautiful, intelligent and remarkably independent. But even after he moves her back to San Francisco with him, Neel is convinced that nothing about his old life will change, not even his situation with his girlfriend, Caroline. Leila plays along for a while, relatively unsuspecting even when Neel does not consummate their marriage and leaves her alone most nights and weekends. She finds her own support group, including the white wife of Neel’s Bengali best friend, and thinks about studying creative writing at Berkeley. Eventually, as Caroline becomes increasingly clingy and Neel comes to understand that her family would never accept him, he starts to take a closer look at the wife he already has. Things come to a head after Neel’s grandfather dies: Caroline had been convinced that after the death Neel would divorce his wife and marry her; Leila, meanwhile, discovers that she is pregnant. The South Asian immigrant fiction market is becoming increasingly crowded, and the awkward domestic San Francisco scenes are particularly cliché, but the prose is pleasant and the characters (save for Leila, who seemingly can do no wrong) are believably flawed and honest.

There’s nothing memorable about this watered-down Jhumpa Lahiri–style novel, but nothing offensive either—fans of the genre should welcome an acceptable addition.