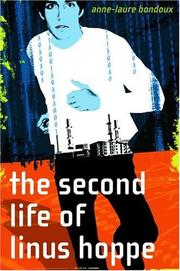 THE SECOND LIFE OF LINUS HOPPE

In this leaden sequel to The Destiny of Linus Hoppe (April 15, 2005), the young Parisian rebel suffers the consequences of cheating on the compulsory test given to all teenagers in his near-future society. He escapes after months of pointless, exhausting factory labor thanks to a remarkably well organized Resistance, and ultimately plays a small role in exposing corruption at the heart of the Testing Bureau. Echoes of Lois Lowry’s The Giver (1993) and Margaret Haddix’s Among the Hidden (1998) series are barely discernible beneath the weight of the arbitrary, contrivance-laden plot, the heavy prose—“A powerful, extensive, faceless force was at work, crushing those who opposed it”—and the impenetrable characters. (Science fiction. 11-13)