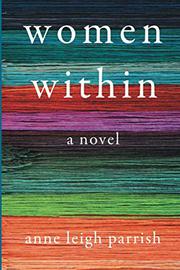 Three women of different generations and backgrounds meet at a retirement home in award-winning author Parrish’s latest novel (By the Wayside, 2017, etc.).

Ninety-two-year-old Constance Maynard, a resident of the Lindell Retirement Home, is a former professor and early feminist who now finds herself diminished by old age and by her difficult relationship with the woman she raised as a daughter. Eunice, a small, wiry woman in her 50s, has worked at Lindell since she was a young woman, after she lost her inheritance on a fake real estate deal for the home’s site. Her unhappy, alcoholic parents did not model a good relationship for her, and consequently, she wasted years and money on men who cruelly used her. Sam, a good-hearted, caring woman in her 20s, sees herself as large and ungainly. Reared by cold maternal grandparents and a single mom who claimed to be the victim of a rape, she now finds solace in reading poetry. Ultimately, each woman finds some degree of peace in the present, although readers may find the outcome of elderly Constance’s story to be predictable. In three sections told from each woman’s point of view, readers learn about each of their lives and how they view one another, which adds depth to their individual stories. Although the book is billed as a feminist novel with “themes of reproductive rights,” these themes aren’t well-developed beyond their direct relevance to the plot; for example, Sam’s birth resulted from a teenage pregnancy, and the woman Constance brought up as her daughter was actually her half sister by a mentally unstable mother. That said, the book does effectively address themes of social and educational inequality, particularly when comparing the life of Constance, a history professor with a doctorate from Brown University, with those of uneducated Eunice and Sam.

An enjoyable, thought-provoking story but one that doesn’t fully explore its themes.