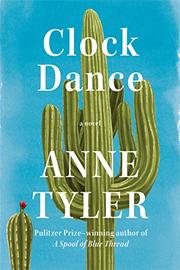 Eleven-year-old Willa Drake doesn’t really understand the fraught interchanges between her volatile mother and maddeningly mild-mannered father that roil the novel’s opening chapter, set in Pennsylvania in 1967. But as the action leapfrogs to 1977 and she impulsively decides to marry college boyfriend Derek after he stands up to her mother on their first meeting, we see that, in a world of self-dramatizers and placaters, Willa has unconsciously decided to be a placater. The chapter detailing Derek’s death in a California road-rage incident in 1997 suggests that Willa’s placatory pattern is firmly set, an impression buttressed as Part II begins with 61-year-old Willa now married to Peter, another man who patronizes her and expects her to cater to his every whim. But then comes a phone call from Baltimore, where her son’s ex-girlfriend Denise has been hospitalized with a broken leg after a mysterious shooting incident by a neighbor under the mistaken impression that Denise’s daughter is Willa’s granddaughter. This brazenly schematic setup for Willa’s late-life regeneration is redeemed by the fact that it’s utterly characteristic of our maddeningly mild-mannered heroine that she not only doesn’t correct the misunderstanding, but gets on a plane to Baltimore, with Peter in tow complaining all the way. Power dynamics are never simple in Tyler’s portraits of marriage, and when Willa needs to, she quietly gets what she wants. As she gets to know Denise’s prematurely mature daughter, Cheryl, and the array of eccentric folks on their slightly seedy block—all vibrantly portrayed with Tyler’s usual low-key gusto and bracingly dark humor—readers will want Willa to see that others appreciate her sly wit and tolerant acceptance of people’s foibles as whiny Peter does not. But will she? Tyler drags out the suspense a tad longer than the slight plot merits.

More predictable and less profound than her most recent full-scale work (the magical A Spool of Blue Thread, 2015), but Tyler’s characteristic warmth and affection for her characters are as engaging as ever.