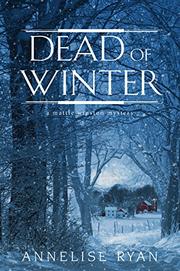 The last words of a dying girl send a medical examiner on a quest to break up a human trafficking ring.

Her role with the medical examiner’s office requires Mattie Winston to spend long hours dealing with the dead, but a call from the local ER gives her a whole lot more to contend with. As social worker Hildy Schneider tells Mattie, teenager Jane Smith was brought in by her brother, badly beaten up. John Smith, probably not his real name, disappeared just as Jane coded and succumbed to her injuries. Though Hildy isn’t sure how it will help, she passes along Jane’s last plea that someone find her sister, and Mattie knows that her contribution to the case could mean the difference between life and death if there’s a second girl who’s also been hurt. A talented investigator in her own right, Mattie believes that Jane may actually have been Liesel Paulsen, the daughter of a local farmer whose wife died earlier in the year and whose other daughter, Lily, went missing shortly after Liesel’s disappearance. For her part, Hildy’s convinced that the two got snarled in a human trafficking ring and that finding Lily could mean preventing other girls from being hurt. But Hildy’s fear of being implicated has led her to hide a crucial piece of evidence in the investigation. Mattie’s happy to have her new husband, Detective Hurley, to bounce ideas off, especially once another case she’s been working on informally takes a dangerous turn that may require police backup. Not content with all this excitement, Ryan (Dead Calm, 2018, etc.) gives Mattie a third case that bolsters the comedic elements but dilutes the suspense of the main storyline.

The indomitable heroine overcomes a crazy quilt of stories and threads to tackle the problems of everyday practical living along with the high-profile crimes she’s trying to solve.