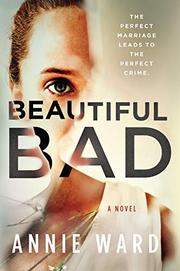 A perfect family creates a perfect storm in Ward’s (The Making of June, 2002) psychological thriller.

Maddie and Joanna have been best friends since they met as American high school students on a summer program in Spain, when each recognized a kindred, adventurous spirit in the other. They end up employed in Eastern Europe at a time of civil unrest. In their tiny apartments, they drink wine and dream about all the ways they will change the world. Then Maddie’s world actually changes the moment she meets Ian, a British soldier working as a bodyguard. Despite the instant attraction, the timing never seems right for them to begin a relationship—first he has a flirtation with Joanna, and then Maddie finds out he has a girlfriend, and then she ends up returning to New York after the tragedy of 9/11. As the years pass, Maddie and Joanna have a falling out. Maddie finally reconnects with Ian, who’s made a ton of money in private security, and they marry and have a son. But Ian is dealing with severe PTSD; Maddie fears the growing effects of paranoia and alcoholism on her husband. When she suffers a fall while they're on a camping trip, other people begin to ask questions about Ian’s behavior, too. Maddie loves Ian, but she’ll do anything to protect her child. The stage is set for an explosion of violence that will destroy the family. The novel actually begins with the aftermath of this violence, and the story is then told out of sequence as chapters alternate between Maddie’s past and present. In this post–Gone Girl and –Girl on the Train world, any savvy reader knows that no narrator is ever remotely trustworthy, and no narrative that moves around in time is ever offering the whole story. Instead, the truth will be slowly dropped, piece by incomplete piece, into the reader’s lap until the final twist reveals all.