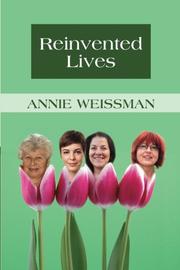 The oldest Hoffman sister, Barbara, tries to re-establish her identity now that her children are grown and out of the house, while the middle sister, Rhonda, a single mother, raises two teenage boys—one of whom is headed down a potentially dangerous path. The youngest sibling, Ellen, lives her life as a single research scientist at the University of Iowa. In the book’s prologue, their 80-year-old mother, Rae, attempts to complete the basic tasks of getting out of the house and driving. Readers later learn that Rae suffers from “constricted capillary disease,” which causes her to experience dementia. When she gets into a car accident, she and her daughters are finally forced to confront her declining health and failing memory. Weissman subtly portrays how Rae’s deterioration affects all the sisters—in their individual lives and in their relationship to one another. When Rhonda takes Rae to live with her in Arizona, it raises the emotional stakes; Barbara and Ellen are concerned that Rhonda will take advantage of their mother financially, and Rhonda, in turn, is annoyed by her sisters’ mistrust as she becomes their mother’s primary caretaker. As Rae’s health declines, the three sisters keep circling one another in their efforts to communicate. At one point, Rae thinks, “The girls are angry with each other. I wonder why this time. I hoped they would get closer when they grew up, but it didn’t happen.” Toward the end of the novel, Rhonda wonders “whether our bond is strong enough to endure the loss of Mom, the glue.” Throughout, the sisters evolve as they find love, relocate and take care of their own families. Weissman’s direct, unsentimental prose provides each woman with a compelling, authentic perspective. She also deftly captures the mixture of denial and grief that parents and children feel when their roles are reversed.