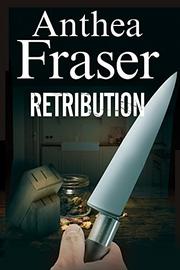 A biographer inherits an interesting challenge that may have led to murder.

Though she’s best known as a biographer, Rona Parish also writes human interest stories for the local magazine, Chiltern Life, and she wants to make the magazine's cookery specialist, Nicole Summers, the final entry in a series on successful single mothers. During their first interview, she finds Nicole very organized and rather cold; on arriving for their second interview, she finds her dead. Rona’s artist husband, Max, and her twin sister, Lindsey, a lawyer with a string of broken romances, aren’t surprised, since Rona’s already walked into way too many murder cases (A Question of Identity, 2012, etc.). Meanwhile, Rona’s agreed to write the biography of TV presenter Gideon Ward, whose hard-charging interviews made him famous. Established biographer Russell Page was well into the project when he was killed in a car crash, and his publisher’s asked Rona to complete the job. As she sorts through the masses of papers, DVDs, and memory sticks provided by Page’s widow, she comes upon some connections that give her pause. Separate from the other material is a tape of an apparently innocuous interview with Australian Bruce Sedgwick, who inherited a chain of hotels from an uncle with the proviso that he live in England. Bruce is the employer of Patrick Summers, Nicole’s ex-husband and the prime suspect in her murder. After talking to more people who knew Page, Rona realizes that he had a more than ordinary interest in Sedgwick and wonders whether his car accident was really an accident. As she deals with her sister’s new romance, her best friend’s pregnancy, and her parents’ divorce and remarriages, Rona becomes ever more fascinated with the potentially dangerous connections between Sedgwick and other people in her life.

Fraser showcases a delightful heroine whose own life, along with the lives of her friends and family, is consistently more interesting than the circuitous murder cases she is asked to solve.