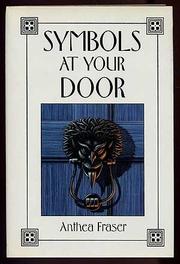 SYMBOLS AT YOUR DOOR

Shillingham's Detective Chief Inspector David Webb (Six Proud Walkers, etc.) is trying to find out who killed pretty, lonely Carol Dexter, recently settled in the village of Beckworth, site of the stately home and estates of the Duke of Hampshire, whose gentrified old cottages are being bought up by affluent weekenders and commuters to London. The locals are resentful and unfriendly; the newcomers who live in the city like isolation from one another, even after a spate of graffiti on their front doors and a robbery. There seems no apparent motive for Carol's death—and none for the soon to follow stabbing murder of her neighbor Neil Carey, whose wife Alison runs the catering facility at the manor house. Webb and sidekick Jackson do their tenacious best, but the dual solution is arrived at mostly by accident and delivered with scarcely a frisson of excitement. Sluggish country procedural, with some mildly interesting sociological sidelights on the decline of a village.