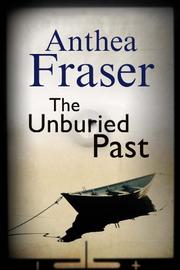 Twenty-six years ago, the parents of Adam and Kirsty were killed while on a family vacation in England’s Lake District. Adam was adopted by his paternal aunt’s family and grew up to become a teacher in Canada; Kirsty was taken in by her childless maternal aunt and husband in England. Over the years, their families’ strained relationship kept the siblings from seeing much of each other. Only when Adam announces his intention of going to his English hometown to teach for a year and research his family history do the panic-stricken relatives tell him and Kirsty the truth. Their parents were not killed in an automobile accident, as they had always thought, but were murdered for unknown reasons by someone who left their two children alive in their vacation rental. Kirsty doesn’t initially share Adam’s determination, but after they meet again, they quickly grow closer, and both set off for the Lake District looking for clues to the past. They’re assisted by their father’s best friend and fellow photographer, who’s saved a tape of a TV segment that examined the cold case. Meanwhile, Kirsty must deal with a stalker who’s sending her creepy messages and gifts and may be a rapist and murderer the police are searching for. The pair soon discover that a man went missing the same day as the murders. Although his body was found in a lake weeks later and his death written off as an accident, the incident gives them a starting point in their search, which will change their lives forever.

There’s not much mysterious in this pleasant cozy, but Fraser (A Question of Identity, 2012, etc.) provides some sympathetically prickly characters.