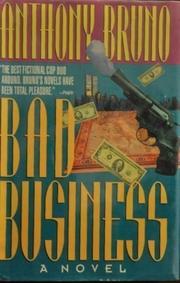 A lesser outing for antic FBI team Gibbons and Tozzi finds Tozzi framed for the murder of a key witness against a Mafia dope ring. The real killer, Assistant US District Attorney (and New York mayoral hopeful) Tom Augustine, gets inspired by Tozzi's offhand remark—faithfully reported in the next day's news—that somebody oughta execute, gangland-style, all 18 defendants and their lawyers in a monster drug case (a case that prosecutor Augustine, the New York connection for the Sicilian mob, has been straining to shepherd into a mistrial). And after the smoke has cleared from the safe house Gibbons and Tozzi arranged in Jersey City, Tozzi's been suspended from the Bureau, and Gibbons, whose old romantic rival Jimmy McCleery has his eye on Gibbons's wife Lorraine, gets sucked in too. It doesn't help that Tozzi's picked this month to rediscover (mostly at night, at her place) high-school princess Lesley Halloran, who's now defending Mafioso Ugo Salamandra, or that he's just been photographed chatting with Salamandra . . . but good hunches, martial arts, and dumb luck- -arch-WASP Augustine and the mob aren't exactly natural allies— combine to kick all the proper butts. Not as deliriously overplotted as last year's Bad Luck, but still sharp enough to make you hug yourself with anticipation as Gibbons and Tozzi sink deeper into the mud you know they'll have just enough— well, maybe not quite enough—trouble wriggling out of.