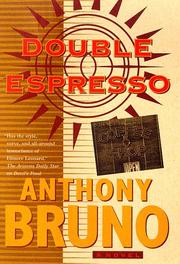 Another madcap adventure for New Jersey parole officers Loretta Kovacs and Frank Marvelli, assigned this time to bring back an errant hit man who just happens to be Marvelli’s brother-in-law. Loretta’s star has fallen even further since Devil’s Food (1997). She’s still frustrated that the assistant warden’s job she botched dumped her into the Jump Squad; she’s still fretting about her queenly weight and Marvelli’s failure to get interested in her; and now that she’s gone cold turkey on coffee, she’d be ready to check into a methadone/caffeine clinic if she hadn’t found out that Sammy Teitlebaum, brother of the late wife Marvelli can’t get over, has jumped bail and gone after King Rat, nonpareil mob informant Gus Rispoli. The US Marshals are holding Rispoli in a secret prison for protected felons universally known as My Blue Heaven, which turns out, after the usual that’s-so-secret-we-can’t-tell-you balderdash, to be located outside Seattle, coffee capital of the universe. So Loretta and Marvelli head for the West Coast, little knowing that Veronica Springer, the FBI liaison with the Marshal Service, is not only despicably svelte but secretly in cahoots with Taffy Demaggio, the crooked medical-parts supplier who ordered the hit on Rispoli. In case those complications aren’t enough, Rene’s kid sister Jennifer (Sammy’s estranged wife), when she pops up, is the spitting image of her late sister, and very affectionate toward her brother-in-law; and Bruno throws in Jerry and Larry, twins whose libidos and handguns are a lot bigger than their I.Q.’s, to give every third scene another comical spin. The result is decaf Elmore Leonard, a synthetic but highly entertaining whirligig of Mexican standoffs, in which it makes perfect sense for two guys trying to kill each other to argue at gunpoint about the etiquette of a good hit. As for what keeps Bruno from scaling the heights of Leonard’s mobbed-up farces: Be warned that when Loretta finally breaks down and orders a double espresso, Bruno cuts away before she even gets a chance to drink it.