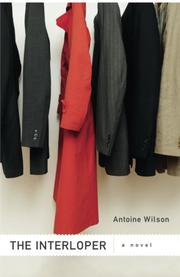 One man’s quest to avenge a relative’s murder becomes an obsession in this lame debut novel.

Narrator Owen Patterson, a software-manual writer in Los Angeles, meets Patricia Stocking on the Lake Tahoe ski slopes; after a whirlwind romance, they marry. But their honeymoon is interrupted by a tragedy. Patty’s younger brother Calvin Junior (CJ) has been murdered. Her parents (aggressively masculine Calvin Senior, daffy Minerva) are devastated; Patty wears black year-round and spends her time watching old videos of CJ. The killer, Henry Joseph Raven, though not admitting guilt, gets a sentence of 20 years. Owen decides to ease his wife’s misery by punishing Raven himself. He plans to entrap Raven emotionally through letters supposedly written by a lonely, available female; once Raven is hooked, the woman will end the relationship, Raven will be crushed and Patty will find closure; until then, Owen will keep his “mission” secret. It’s as far-fetched as it sounds. For starters, Owen is a wimp, incapable of a bold ruse; it’s Patty who calls the shots. Secondly, he has reason to believe Raven already has a woman of his own. Nonetheless, he goes ahead, inventing a woman, Lily, who with the help of computer-generated photos arouses Raven’s interest. He even dons Patty’s panties to feel like a woman, but a would-be humorous scene, when he’s caught wearing the panties in a restroom, falls flat. Their correspondence and its ramifications take up much of the novel. We also learn more about the crime (a botched carjacking) and CJ (a bratty college kid, quite unsympathetic). As Patty heals, discarding black and boxing the videos, Owen deteriorates, getting a guilty thrill out of writing to a killer, and even identifying with Raven in a sexual fantasy he has created. When Patty discovers the letters, she leaves, and Owen becomes further isolated from reality. The novel ends with a series of improbable surprises that land Owen in the slammer.

Both creepy and dull.