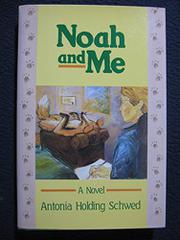 First-novelist Schwed offers a Dr. Doolittle for adults who are open to a certain childlike view of the world mixed in with grown-up concerns. The hero of this gently amusing fantasy, Nat Danzon, is not a vet but a psychotherapist whose practice is made up of emotionally disturbed animals living near his house in New England. He doesn't exactly talk with them as they lie on the couch, but they communicate by a kind of heightened rapport. Many of their mental ills are caused by the encroachments of humans, and the book wears its pro-animal heart on its sleeve. Danzon focuses on making the patients feel good about themselves and making them stop their self-reproaches. (There's a fox, for example, who hates himself for failing to live up to the wily image of the model in Aesop.) Danzon is sympathetic to most of his visitors, the notable exception being 500 female worker ants who think and speak in unison and are angry because a grasshopper doesn't pay the price of penury for goofing off while they drudge away. A good-looking, well-heeled, 30-year- old Harvard grad with specialized training in the interaction of animals and society, Danzon is obviously a catch, and there are two women in his life. Schwed, rather mechanically, keeps the reader in doubt until the end about which one will bag him. The author clearly is more interested in her owls and swans, and the debates of her protagonist over such issues as whether carnivores can be switched to greens. Some readers may gag at its whimsy, but others will take pleasure in the folk-art charm of this modern-day pastoral with its kindly animal shrink.