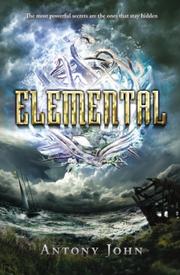 Sixteen-year-old Thomas lives on Hatteras Island in a colony protected by the Guardians, a group of elders with magical powers fueled by the elements: water, fire, wind and water. Their children have inherited their special gifts—except for Thomas. His deaf younger brother, Griffin, however, is a seer who has visions of the future that are sometimes horrific and cause him to have seizures. The Guardians moved the colony to Hatteras to escape a plague that wiped out all other human life on the mainland. Now the colony is under siege by pirates who have kidnapped everyone but Thomas, Griffin and three other kids. John's post-apocalyptic alternate history starts off with a whine, but the pace and the mystery pick up once the adults are captured and the kids are left on their own. Characterizations don't dip too far below the surface, except when G-rated sparks flicker between Thomas and one of the teen girls stranded with him. Enter Captain Dare, the cutthroat leader of the pirates who attacked the colony. His presence, along with some old maps and paper fragments with the name "Virginia" scrawled on them point to a sequel.

Readers may not catch all the loose historical connections, but they'll like the action in this occasionally exciting story of survival.