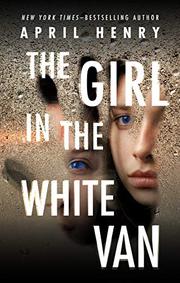 THE GIRL IN THE WHITE VAN

Savannah Taylor has gotten used to relocating every time her mom falls for a different man. Now in Portland, Oregon, she struggles to live with Tim, her mom’s controlling boyfriend, while pursuing her newfound passion: In kung fu class she uncovers newfound strength, finding a sanctuary from her chaotic home life. Though she’s resolved not to make friends, she’s drawn to Daniel Diaz, a green belt who shares her interest in Bruce Lee. Meanwhile, rumors swirl at school about a driver who is following girls in battered, unmarked cars. Even worse, a girl one town over vanished last year. Leaving kung fu one night, Savannah is attacked, waking up in the back of an old white van with her wrists duct taped. Her kidnapper is a man who goes by Sir. With the help of an unexpected ally and Bruce Lee’s words of wisdom, Savannah must summon the strength to outwit Sir if she wants to make it out alive. The narrative, told through multiple first-person perspectives, offers insight into trauma’s ripple effects. While this is interesting, and the pacing is strong, insufficient time is spent on character development, detracting from the immediacy of Savannah’s situation. The ease with which the mystery is solved further dampens the tension. Daniel is cued as Latinx; other major characters are presumed white.

An uneven mystery with intriguing explorations into the myriad effects of trauma.